If you need to take a vehicle to a collision repair service shop, you will probably also want to know how fixable the problem is. Generally speaking, most issues are highly repairable, although the time and costs involved can vary. Let's look at why that is and how it might show up with your car.

The one thing that could guarantee that a car is beyond simple collision repair is damage to the frame. If the frame has suffered damage, the car has structural issues that could cost lives if the car is in another accident.

It is often possible to repair the frame, but most collision shops won't handle that work. Frame repairs usually involve extensive welding and plating, and many states require an extensive inspection of the vehicle before allowing it back on the road. Similarly, the damage will show up in the repair history of the car, and your state may require you to obtain a reconstructed title.

Consequently, a collision repair services provider will check for frame damage before doing any work. If there is trouble, the technician will tell you if they believe it might be fixable and where to look for help.

Most cars won't be in that bad of shape. Instead, they'll simply have body damage. This is the outer shell of the car that includes the doors, corner panels, bumper, and fender. Virtually all body damage is repairable. However, the nature of the body damage will determine just how involved the fix will be.

A car might have suffered a dent or ding in a serious accident or just because another vehicle's door hit it. Oftentimes, a technician can hammer out light dents. However, a deformed dent that pushes more than a few inches in may be a tougher problem. Frequently, a collision repair service provider will simply replace the component if it is too dinged up.

Ideally, a scratch is light. In some cases, a technician can simply buff a scratch out. This means using rubbing compound and mechanical pressure to spread some of the existing paint out to fill the scratch. Deep gouges, however, may require touch-up paintwork or even some patching.

With the advent of safety and autonomous driving systems, cars have lots more sensors than they once did. Worse, many of these sensors have to be at the corners to provide the fullest field of view. Consequently, collisions often take out at least one bank of sensors. It is frequently impossible to repair the sensors, but replacement is usually an option.

For more information, contact a collision repair service in your area. 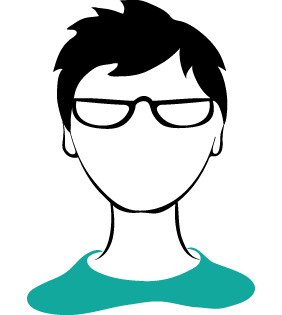 After my car was badly damaged in a hailstorm, I realized that I needed to get my entire ride repainted. I talked with my auto insurance company to get permission to take it somewhere, and they were really accommodating. However, after I arrived at the auto paint shop, I realized that I had another problem—choosing the right paint color. I wanted a color that would stand out, but not one that would look like I was showing off. Fortunately, the technicians at the auto body shop took the time to talk with me about my options. This blog is filled with information about auto paint, so that you can find a color that works well for your car.